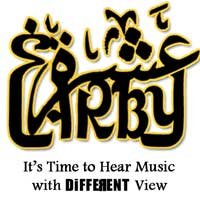 Ashra Gharby band was formed by a group of friends. The name Ashra Gharby was chosen according to the name "Ashra Baladi" a slang expression meaning to perform an oriental traditional dance, Gharby meaning Western, since the music played is a music of oriental and western mixes not influenced by any other current existing bands. Their lyrics are simple and address important topics to most people while using simple words that carry deep meanings.