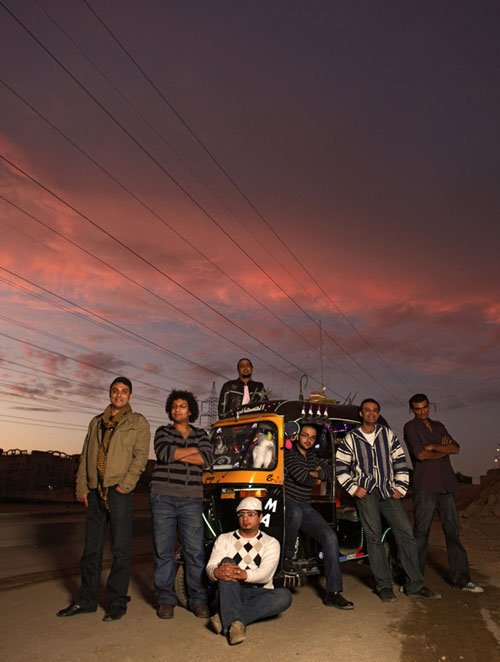 EFTEKASAT Jazz Group was established in 2002 and gave its debut performance in February 2002 at the Cairo Jazz Club Festival. The show was acclaimed as unique and original.  EFTEKASAT managed to place themselves in the international scene with their unique merges of Jazz and world music with exotic flavors ranging from Balkan to Middle eastern to North African.  The band had released their first album Mouled Sidi El Latini “The Latin Dervish” in 2006 and hit number 2 on the Virgin Megatores sales charts for 5 successive weeks competing along – unexpectedly – with local mainstream pop albums.

EFTEKASAT attempts to find a new unorthodox dimension for oriental musical themes through fusion with other musical styles such as jazz, rock, and latin. The band is a winner of the Culture Resource Award in 2005 as well as the Arab Fund for Culture and Arts Award in 2009.