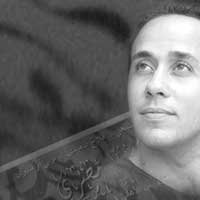 Ehab Dyaa Ahmed Kamal Abdou is co-founder and Board member of Nahdet El Mahrousa , an Egyptian youth-led non-governmental organization (NGO) that was established in 2002. He is also co-founder and Board member of the Egyptian Federation of Youth NGOs. He currently works as Advisor to the Middle East Youth Initiative at the Wolfensohn Center for Development at the Brookings Institute.

In 1999, he helped establish, and became the first president of, Fat’het Kheir , an Egyptian youth-led voluntary organization offering an innovative model in community development. In 1995, as an AUC student, he was elected as the president of AIESEC in Egypt. Between 2006-2008, he served as the first President of the Federation of Egyptian Youth NGOs.

In 2007, he co-founded the Egyptian band “Ana Masry” promoting a strong message of tolerance, diversity and national unity through a unique fusion of Muslim Sufi chanting, Christian hymns as well as his lyrics and music, among others.

In 2004, Ehab earned his master’s degree in international development from the University of Pittsburgh, Pennsylvania. His master’s focused on NGOs and the Civil Society including research on the role of local philanthropy, fair trade, and the role of NGOs in development. His undergraduate degree in management was received from the American University in Cairo in 1997. Starting Fall 2006, he also started co-teaching an undergraduate course on NGO Management under the Management department of the American University in Cairo. He graduated from El Alson School in Harraneya, Cairo in 1990/91 and did his final year of IGCSE in 1991/92 at St. George’s International English School, in Rome, Italy.

Between 1997 and 2002, his working experience included being the partnership and business development officer at Canada’s International Development Research Center (IDRC), the Near East Foundation (NEF) Middle East and North Africa regional offices and the Nestle food company in Egypt. In 2004, Ehab was selected as a "social entrepreneur” by the Ashoka Foundation.

In August 2007, he was honored by AIESEC, the world’s largest student organization, at its 2007 International Congress in Istanbul, Turkey. Ehab was the first Egyptian to be awarded the "Global AIESEC Alumni Entrepreneurship and Leadership Award".

As for the singing, Ehab says “I've always had a dream and a passion to sing.. to present new contemporary Egyptian lyrics and music that deal with our lives, our Egyptian and Human realities...songs that show us ourselves in a different light… that help us constructively criticize ourselves and our present.. so that we can improve on them.. songs that help us dream of a better tomorrow.. songs and music that simply inspire us in different ways...”. He adds that “several years ago I started taking this dream seriously, taking up professional voice training, then working on finding like-minded lyricists and musicians, and myself working on developing my song-writing skills, as you’ll find the majority of the songs on this website that I’ve written, put music for and started singing...”