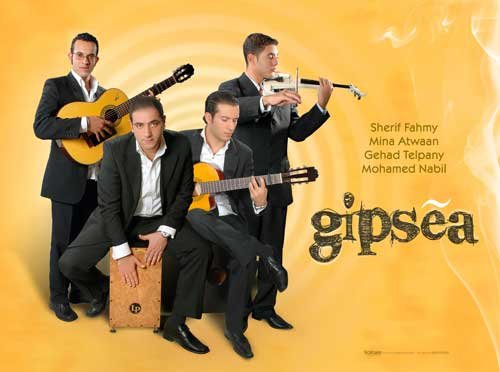 Gypsea Band combines the flavors of Flamenco and oriental music. They have performed in El Sawy Culture Wheel, the Bibliotheca Alexandrina, The French Culture Centre in Alexandria among other venues. They were awarded first prize for technical excellence at the International Music Festival in the Bibliotheca Alexandrina in 2007 and earned the title "Best Band" at The Sayed Darweesh Festival in 2008.