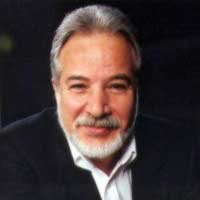 A legend in his own time. He is one of the most respected and talked about drummer, bandleader, creative producer, star maker and jazz musician, a phenomenon in the music scene today.

At the age of four, in his home country Egypt, he used to drum on any household item he could find; tables, chairs, kitchen utensils and make beautiful music to the ears. When he reached thirteen he formed the first jazz band in Egyptian history, Cairo Jazz Quartet. This musical group, his contemporaries say, `inspired all other jazz and western music groups of today’.

In 1965, at the age of twenty one, when his band had reached its zenith of popularity in Egypt, Yehia Khalil decided to go to America to study, play and meet all those musical giants he heard play, when he was still very young, over the waves through “Voice of America’s - Jazz Club” radio program. He did just that. He stayed fifteen years studying and drumming in the United States.

In America he joined the American Music Conservatory for two years, after which he was tutored for five years by the legendary percussionist Roy Knapp, acquiring a Diplomat in percussion. Mr. Knapp has taught many musicians that later on turned out to be real superstars like Gene Krupa.

Yehia Khalil also toured America with a succession of American jazz, soul, blues and country bands. Bands like “Friends and Lover”, “Raspitin Stach”, “Richard Berry” and many others.